Heat still not rising up the agenda? 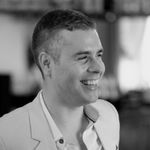 At a recent Infrastructure Forum Special Roundtable with Lord Bridges (Chair of the House of Lords Economic Affairs Committee) on his report: ‘Investing in Energy: price, security and the transition to net zero’, there was a high-level, well-informed debate. However, it struck me that ‘heat’, which globally accounts for nearly half of all energy consumption and 40% of energy-related CO2 emissions, didn't feature on the agenda.

In fact, heat was only mentioned 21 times in the report (and heat networks a paltry three times), compared to 164 mentions of electricity and power. For balance, it should be noted that hydrogen is mentioned 86 times. However, many energy experts have concerns that H2 does not represent either a silver bullet in the short term or, more fundamentally, an efficient form of generation for most heating requirements.

Whilst this evaluation of current awareness of (or commitment to) heat decarbonisation is totally unscientific, I wonder why heat is largely ignored in such forums? Is it the complexity and fragmentation (compared to Grid)? Lack of political and/or industry interest, or investment appeal – or perceived risk? Or is it simply a lack of profile?

The report also touches on post-Brexit Solvency II legislation, potentially releasing £95 billion, which could then be funnelled towards Net Zero investments. While this initiative sounds promising, given the current situation where the Association of British Insurers has said “It is currently much easier to invest in a highly-rated mining company than it is to invest for 30 years in a wind farm”, members of the forum (including myself) wondered whether the current challenges around delivering net zero projects were more to do with the limited pipeline of projects, Planning, and associated supply chain, rather than capital availability (although perhaps this may change given the recent cost of capital trajectory…).

For me, releasing capital is the Government’s ‘magic bullet’ – relatively easy to orchestrate, highly powerful, and comes with great optics. However, until we can focus on the deployment of that capital –  including accelerating urban heat network adoption – the UK will fail to achieve not only its globally proclaimed net zero ambitions, but also the affordable and sustainable energy solutions desperately needed.