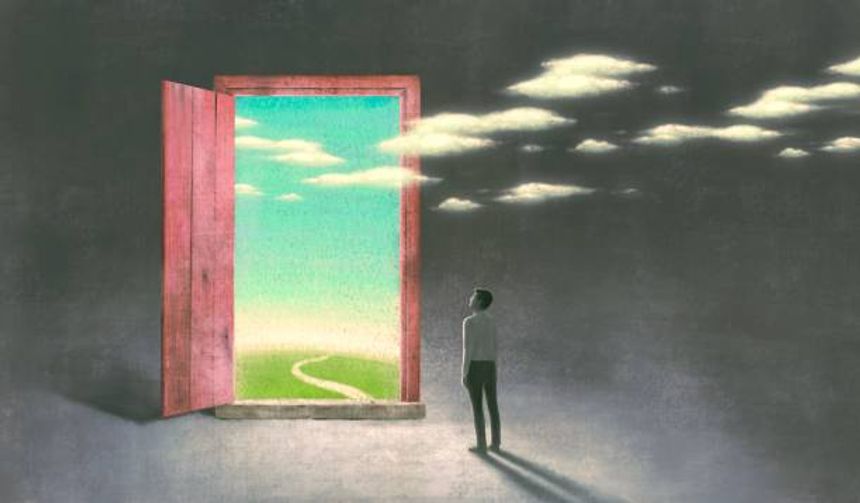 Even before delegates began to arrive at COP27 in the resort town of Sharm el-Sheikh, the conference was already overshadowed by the very questionable human rights record of the Egyptian regime, put into the global spotlight by hunger-striking British-Egyptian political prisoner Alaa Abd el-Fattah. (Note: the likes of Amnesty International have been reporting on Abd el-Fattah and the plight of other pro-democracy activists for years).

Then there was the corporate conference sponsorship that smacked of green-washing, record numbers of fossil fuel lobbyists registered to attend the event, and the growing scientific consensus that carbon budgets in place to maintain a 'reasonable chance' (this is a flip-of-a-coin probability of 50%) of stabilising global average temperature rises at or below 1.5°C are potentially less than previously thought. Environmentalist and author Bill McKibben quipped in a post last year, 'Faster Than Expected is probably the right title for a history of climate change so far.'

Against the backdrop of Lord Stern's estimation of the sheer scale of the funding to help developing countries reduce their emissions and cope with the impacts of climate change that are already occurring ($2 trillion per year by 2030 in the Global South alone (excluding China)), the escalation of climate disasters globally, the 'less than we thought' global carbon budget, and a potential reneging of the Glasgow Pact, are there any reasons to be optimistic? Or by keeping the 1.5°C target in view, are we simply guilty of reinforcing a collective and catastrophic optimism bias, and neglecting the woefully small mitigation, adaptation, and loss and damage compensation funds available to the Global South, who are already suffering the worst impacts of climate change?

In 2008, my colleague Andrew Simms and I launched the 100 Months Campaign whilst working at the independent think tank, The New Economics Foundation. We argued that if we are lucky, and based on a quite conservative estimate, in 100 months, we could reach a tipping point for the beginnings of runaway climate change unless global greenhouse gas emissions rapidly declined. That was 171 months ago.

Reflecting on where we are now compared to 2008 (putting dwindling carbon budgets and the escalation in scale and magnitude of climate-related disasters to one side for the moment - more on this tomorrow), yes, there are huge successes.

There has been a spectacular fall in the cost of renewable energy and the battery technology to store it. Oxford University's Institute for New Economic Thinking published a report last year concluding that there is a pathway to 1.5°C that is cheap and quick. This contradicts the received wisdom that a green energy transition will be expensive (and a major driver of footdragging in response to climate change over the past 40 years).  And they aren't the only research team arriving at this conclusion.

According to the International Energy Agency (IEA), more people are now employed in clean energy (renewables, electric vehicles, energy efficiency measures, and nuclear power) than in the fossil fuel industry. Optimistically, the staggering number of fossil fuel lobbyists at COP27 could simply be the last-ditch attempt of a crumbling industry desperate to survive. Although pessimistically, it could be viewed as an attempt at an African ‘gas grab’ and to thwart discussions on ending the circa $700bn in public subsidies the industry still enjoys. According to DeSmog, at least nine gas deals have been struck so far on the side-lines of negotiations as European firms look for alternatives to Russian supplies.

Clean energy investment continues to grow, with the IEA reporting record growth of 12% in 2020. Spending on solar PV, batteries, and electric vehicles is now growing at rates consistent with reaching global net zero emissions by 2050.

Despite recent supply chain issues, Bloomberg recently reported that the supply chain for solar PV needed to reach net zero by 2050 is already under construction.

EVs are a key technology to decarbonise the ‘hard to abate’ road transport sector, and there has been exponential growth in uptake in recent years. The costs of lithium-ion cells have fallen by more than 97% since 1991, and the IEA now estimate that 13% of new cars sold in 2022 will be electric. If the growth experienced in the past two years is sustained, CO2 emissions from cars can be put on a path in line with the net zero emissions by 2050 Scenario. They do note, however, that electric vehicles are not yet a global phenomenon, with developing and emerging economies lagging due to higher purchase costs and a lack of charging infrastructure availability.

Despite often contradictory media reports, Carbon Brief found that in both the US and Europe, EVs represent a substantial reduction in the lifecycle greenhouse gases compared to the average conventional vehicle, but the extent of decarbonisation depends on the carbon intensity of the energy used to manufacture and charge them.

A second concern regarding the widespread deployment of EVs is the wider environmental impact of lithium-ion batteries. Metals in batteries are scarce, expensive, and their mining carries significant environmental and social costs. However, battery recycling capabilities are rapidly increasing. This is coupled with a move towards ‘servitisation’ business models such as leasing, renting, or sharing, and pay-per-use. Servitisation means that manufacturers retain the ownership of the product, enhancing product-life extension through activities such as repair, maintenance, and remanufacturing at the end of the product's life. Circular economy models have the potential to decouple growth and resource use and further the decarbonisation of products, including EVs.

Materials research is also uncovering unlikely substitutes for lithium-ion batteries, with the University of Maryland developing a zinc battery that is two-thirds biodegradable and made from chitosan found in crustacean shells and the cell walls of fungi.

But electricity, heat generation, and road transport only account for ~42% of global emissions. So, whilst there may be reasons for optimism and the foundations of a rapid transition is evident across some sectors, how fast can these technologies be deployed in practice? Can their current rates of deployment be sustained? And, what about the other 58% of global emissions?

The pace of the transition to zero-emission vehicles, the decarbonisation of the power sector, and energy efficiency improvements all need to increase by two to fourfold. Furthermore, recent research has highlighted that four critical sectors – aviation, shipping, road freight, and industry—cannot cut their CO2 emissions to zero rapidly with technological supply-side options alone.

After three decades of international climate talks, it now seems almost inevitable that the carbon budgets required to keep global warming below the critical 1.5°C threshold will be overshot without widespread deployment of greenhouse gas removal technologies. Although putting faith in technologies that are still in the early stages of research and development and are unproven at scale is a huge gamble to take given what is at stake.

Economy-wide decarbonisation scenarios tend to place great emphasis on the deployment of technological supply-side solutions that displace their higher-carbon counterparts – EVs displacing internal combustion engine vehicles, for example. But this is only one part of the equation. Widespread deployment of low-carbon technologies needs to go hand in hand with demand-side measures: strategies that target technological choices, consumption, behaviour, coupled production-consumption infrastructure systems, and service provision.

An example of this would be integrating the concept of  'envirogenic environments' within climate and planning policy. Public health research has developed the concept of  'obesogenic environments', used to highlight the role of infrastructures, cultures, and institutions in the Global North's obesity epidemic. So why not something similar for climate change, argues Professor Elizabeth Shove, a sociologist at the University of Lancaster. 'What is to stop social scientists and policy makers paying close attention to the making and the erosion of ‘envirogenic’ environments, these being ones that favour the reproduction of variously sustainable ways of life?' writes Shove in her seminal paper 'Beyond the ABC: Climate Change Policy and Theories of Social Change'

Giving up is not an option, and every effort to reduce emissions urgently increases the likelihood of avoiding catastrophic climate change. But there is an optimism bias towards technological magic bullets, allowing current patterns of consumption, particularly by the highest earners, to remain unchallenged. Not only does this increase the risk of overshooting, but it also makes the task of achieving net zero more difficult and costly in the long run and fails to address long-standing structural inequalities.

JOIN US! Net Zero: Making it Happen, webinar series from 28 Nov to 01 Dec.

Four webinars over four days with some of the world's most eminent speakers on how transport can meet its Net Zero targets. Listen to leaders in the field sharing pragmatic steps discussing how governments, businesses, and society can 'make it happen'.

FIND OUT MORE AND REGISTER